North Las Vegas is a city in Clark County, Nevada, United States, in the Las Vegas Valley. As of the 2010 census it had a population of 216,961, with an estimated population of 251,974 in 2019. The city was incorporated on May 1, 1946. It is a part of the Las Vegas–Henderson–Paradise, NV Metropolitan Statistical Area and is the fourth largest city in the state of Nevada.

During the 1860s, Conrad Kiel established a ranch at the modern-day intersection of Carey Street and Losee Road in what would be North Las Vegas. In 1917, libertarian Thomas L. Williams of Eureka, Utah visited the Las Vegas Valley, back when Las Vegas, Las Vegas Indian Colony, and Arden were the only entities in the valley. He did not approve of Las Vegas, perhaps because of its rowdiness (he was a Christian, or at least went to church), or because Las Vegas’ attempts at municipal control over its citizens. However, he was pleased by the abundance of the valley’s artesian water and potential for agriculture. Two years later in 1919, he moved himself and his family (his wife and three sons) to a 160-acre piece of land a mile from Las Vegas. That year, he founded his town, developing the town by building he and his family a house, sinking a well, grading roads, extending power lines, and forming a system of irrigation ditches. Williams believed that churches and church people should govern the new town, and so encouraged churches to buy property in the town. In 1919, the federally enforced Volstead Act was passed, which prohibited the sale, possession, and consumption of alcohol. Since there was no local law against alcohol, and because of a system of tunnels that would connect the town’s underground speakeasies, the town attracted bootleggers from Las Vegas, although Williams was initially unaware of this. This gave his town the nickname of “Old Town”. When he did discover of it, he sticked with agriculture for his economic purposes.

In 1924, Williams built his second house that was the first business of the town. It was named the Oasis Auto Court, and it contained a grocery store, a campground, a post office, a community center, and a telephone. At the time, it was the town’s only telephone. Between 1928 and 1935, a large influx of workers from the Hoover Dam settled in Williams’ town, as Las Vegas was intolerant towards them. In 1932, the town board was created. That same year, the town’s first grammar school, Washington School, opened. A proper name had not yet been established for the town, and Williams did not want it named after himself, which lead to the town board voting for either “North Las Vegas” or “Vegas Verde” (which means “Green Meadows” in Spanish). “Vegas Verde” won, and that became the name for the town for a few months. George Hansen, a town board member who voted for the name “North Las Vegas”, noticed that at one town board meeting, two members who voted the name “Vegas Verde” were absent. The vote for a name came once again, and “North Las Vegas” won. In 1939, Williams died of stroke, and that left North Las Vegas to the ruling of the town board. An elementary school, and a road, were eventually named after him. During World War II, the Las Vegas Aerial Gunnery School opened in North Las Vegas. It would eventually become Nellis Air Force Base. North Las Vegas was the subject of many annexation attempts from Las Vegas. On May 1, 1946, North Las Vegas was incorporated as a city. In 1957, North Las Vegas planned to annex an area to its southeast, and in response, the Clark County Commission created the town of Sunrise Manor to prevent further annexation attempts.

On May 13, 1964, First Lieutenant Raynor Lee Hebert, a student pilot from Port Arthur, Texas, took off from Nellis Air Force Base at approximately 2:00 PM on an F-105 fighter jet. He radioed his flight leader saying that he could not retract his nose gear, and thus couldn’t gain altitude. He was at an height high enough to bail out, but too low that if he did, he would’ve hit Lincoln Elementary School, which was in session with 800 students. He kept the plane nose up long enough to pass the school, and eventually hit nine residential houses on Lenwood Avenue. The crash killed Hebert and four civilians. Hebert Memorial Park was created by the City of North Las Vegas with a plaque at the crash site to commemorate Hebert.

In the early 1960s, North Las Vegas had a major growth boom. The 1970s in North Las Vegas saw a growth in poor neighborhoods, population density, and crime. In 1988, former mayor James Seastrand said in one interview,
There are those of us who live here and care for this city and would not move out of it — even though we could afford to.

Due to its location within the Mojave Desert, North Las Vegas has a desert climate. Temperatures are generally mild in the winter and hot in the summer. Like most of the hot deserts of the United States, snowfall only occurs once every few years on average. In winter, temperatures rarely fall below freezing. In the summer, monsoons can reach the area, bringing heavy rain and thunderstorms.

Master-planned communities in the city include Aliante and Eldorado. The Apex industrial Park is now a part of the city as well.

North Las Vegas has many medical/recreational marijuana dispensaries, and opened the first 24-hour dispensary in the Las Vegas Valley.

The city of North Las Vegas provides recreational amenities, police and fire protection, and water and wastewater services. The city, which was incorporated in 1946, encompasses 262.6 square kilometres (101.4 sq mi). The city operates under a council-manager form of government, with a mayor and four council members. The mayor is elected at large; and council members must live within, and are elected by their wards. The city has two municipal judges who are elected at large.

In June 2011 the city opened a third recreation center—SkyView Multi-Generational Recreation Center—focused on mufti-generational fitness and recreation. It is operated by the YMCA under contract to provide quality amenities and programs for residents of all ages.

The North Las Vegas Library, at 2300 Civic Center Drive, was the city’s first library to open in 1966. Aliante Library opened to the public in May 2006, at 2400 W. Deer Springs Way. This library is nestled against the adjacent Nature Discovery Park, one of the most popular recreation amenities in North Las Vegas. Alexander Library, the city’s newest state-of-the-art facility, opened in March 2009. Located at 1755 W. Alexander Road, is adjacent to a two-acre park that includes tot lots, shade structures, paved and lighted walking paths and demonstration gardens.

The North Las Vegas Police Department was established in 1946 (when the city incorporated) to serve North Las Vegas, which at that time consisted of four square miles and a population of around 3,000. NLVPD grew to keep pace with the rapid growth of the city of North Las Vegas and Clark County. As of 2016, NLVPD provided law enforcement services to an area of 100.48 square miles (260.2 km2) and a population of approximately 233,808 citizens. As of July 2016, NLVPD had 309 commissioned personnel (Police and Detention Officers) and 106 civilian support personnel.

North Las Vegas is home to the Cheyenne Campus of the College of Southern Nevada. The institution covers an area of roughly 80 acres (32 ha) and provides for a broad variety of different courses. The University of Nevada, Las Vegas is planning to open a branch in North Las Vegas near the I-215 Beltway.

Primary and secondary school students in North Las Vegas are served by the Clark County School District (CCSD), the fifth-largest in the United States with over 300,000 students enrolled in any of its 357 schools. CCSD has a workforce of over 35,000 people, and is considered a major employer in the county.

The following high schools are in North Las Vegas:

Domestic and international airline travel for the entire metropolitan area is handled at McCarran International Airport, south of Las Vegas, adjacent to the Las Vegas Strip.

The North Las Vegas Airport, formerly known as Sky Haven Airport, was established on December 7, 1941. A division of Vision Airlines operates tours to the Grand Canyon in Arizona from the airport.

RTC Transit provides bus service in the city, as it does throughout the Las Vegas metropolitan area.

If you are a North Las Vegas, NV home buyer, my foremost goal is to provide you with exceptional customer service. My goals are to help you purchase the right home, make sure you don’t miss out on any homes that meet your needs, and make sure you don’t pay too much for your next home. Please utilize my North Las Vegas, Nevada real estate expertise to make your home search and buying experience as stress free and rewarding for you and your family as possible.

If you're considering selling your North Las Vegas, Nevada home, I utilize the latest, cutting-edge, real estate marketing tools to expose your property to the widest range of potential buyers. I am here to get your house aggressively marketed to sell as quickly as possible and for the best price! My goals are to help you get your North Las Vegas, NV home sold, put you in the strongest negotiating position as possible, and to make it easier for you and reduce surprises. 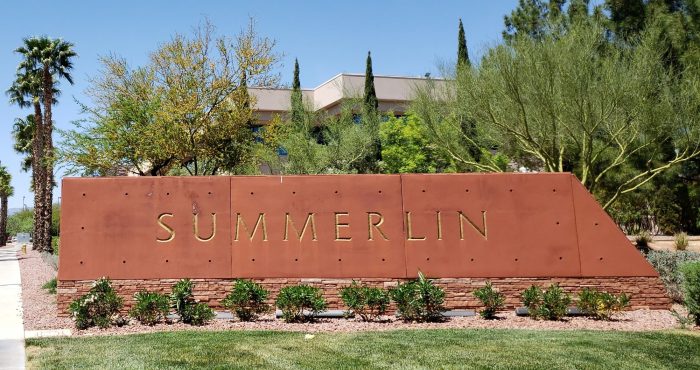 Want to Buy or Sell a North Las Vegas Home?

Thought about the benefits to 55+ communities? We know that when you are … END_OF_DOCUMENT_TOKEN_TO_BE_REPLACED

As a first-time homebuyer in Las Vegas, you may discover the perfect home that … END_OF_DOCUMENT_TOKEN_TO_BE_REPLACED